Sticks and Stones: Memoirs About the Writing Life

It’s a good thing my grandmother decided not to make lamps from the spent brass shell casings she found near her cabin in the Mojave Desert, a few miles from the Marine Corps Air Ground Combat Center. She had quite a collection built up before a friend told her that some of them might still be live, causing a potentially deadly explosion.

My grandmother was an inveterate recycler. She saw the potential in what others might consider useless objects. A closet door became a headboard, and a record cabinet turned into a vanity. She regularly reupholstered her living-room furniture, taking sofas and armchairs apart and leaving them in pieces for weeks. Some of her odder creations included pictures made from human hair and doll eyelashes snipped from the dog’s fur.

As writers, what can we repurpose? Is there an article hidden in an old class assignment, a poem inside a personal essay, or a travel piece trying to escape from a book review? Does a potentially explosive topic lurk somewhere in the words and sentences you’ve deleted?

This is a little different from spinning an idea for its possibilities. As we all know, any idea we have for writing has numerous prospects. My October trip to Berlin yielded blog posts, an article for my column The Third Form, poems, and a personal essay, but that’s not exactly what I mean by repurposing. In this context, it’s more like making a quilt from old clothes – cutting the useful parts out and discarding the worn out bits. (Yes, my grandmother was also a quilter.)

For me, recycling tends to happen from poem to poem, with lines moving in and out of drafts, or into completely new work. The poem titled “telegenic” is an example of this: during an evening spent writing poems on demand at a poetry booth in San Jose last summer, I wrote a poem for a man named Mark. After he read the poem, Mark, an Iraq War veteran, sat down next to me and shed a few tears. The poem, based on a few sentences he’d given me, talked about coming home after war. I did not make a copy of the poem, but that night I went home and wrote a line in my journal: “Today, I wrote a poem for a man named Mark. He sat in the street and wept.” Those two sentences became part of a new poem, but I wasn’t satisfied with it; it seemed too sentimen 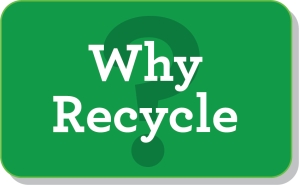 The poem languished for a few weeks until I overheard the word “telegenic” used to describe photographs of the 2014 conflict between Gaza and Israel. My brain clicked and I dug out the rejected poem. I decided to make it a prose poem, and use “telegenic” as the title. The resulting poem was published at New Verse News .

It’s interesting that “telegenic” uses the two lines from my journal, almost exactly as I wrote them down, and none of the other lines from the rejected poem.

I’d like to thank my aunt, Geneva Goss, for reminding me of my grandmother’s repurposing projects, and giving me the idea for this week’s post.

This site uses Akismet to reduce spam. Learn how your comment data is processed.

...brought to you by Second Breakfast.

Daily Discussions of craft and the writing life

A Blog by Novella Carpenter

Fun, unusual and forgotten designations on our calendar.

A Journey With You

Thoughts on writing and reading

Reading the classics, CanLit, and everything else. In bed.